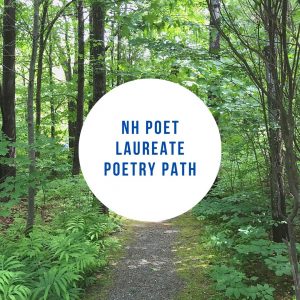 The Newbury Poetry Path extends from the Newbury Public Library to the Velie Memorial Playground, and will feature Poet Laureates, past and present. The installation was arranged by Newbury’s Poet Laureate, Dianalee Velie, with assistance from Lea McBain of the Newbury Public Library, and Nancy Marashio. The first of the 12 planned plaques was installed in April of 2018, and features Donald Hall’s poem, A Poem and the second installation was Jane Kenyon’s poem, “Who” in 2019.  Future plaques will be installed in the summer of 2020.

We cannot complete the path without your help.  Plaques will be made and installed with the help of your generous donations.

Donations can be made out to the “Town of Newbury”, memo: Poetry Path, and all donations are tax deductible.
Send to:
Town of Newbury,
PO Box 296
Newbury, NH 03255

The NH Poet Laureates are as follows: 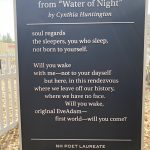 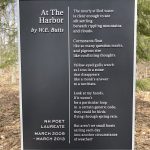 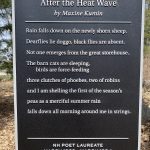 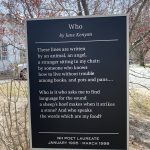 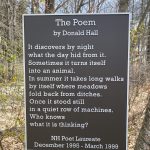 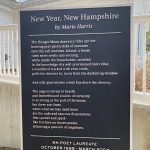 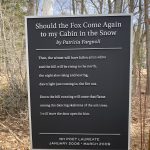