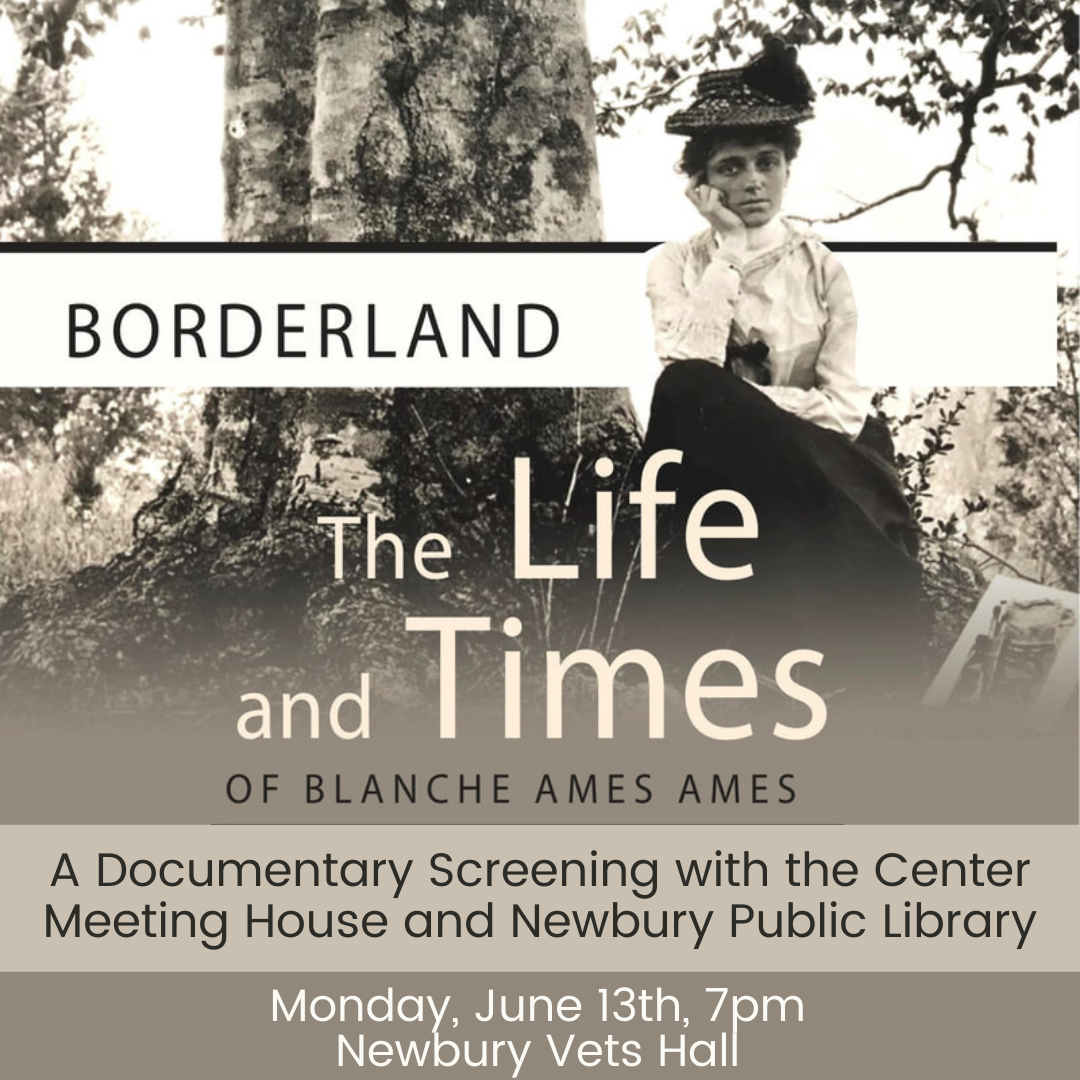 ​Blanche Ames Ames (1878-1969) was an artist, an activist, a builder, an inventor, a birth control maverick, and a leader of the woman suffrage movement in Massachusetts. She was a woman of privilege who was not afraid to shock polite society. Her name doesn’t appear in most American history books. This, too, is part of her story.

Borderland: The Life & Times of Blanche Ames Ames is a 55-minute documentary that chronicles the life of a woman who was born in the 19th century, worked to change the 20th century, and whose wisdom still resonates today.

This event is a partnership with Center Meeting House of Newbury and the Newbury Public Library.